It is incredible how much technology today has improved. Almost everyone is using smartphones, right? Smartphones have helped us and it has shown us many astonishing things. To wrap it all up such an important invention has and still is improving to this day to make it easier and more comfortable for the users which this follows in the invention of the stylus. A stylus (plural styli or styluses) is a pen-shaped instrument with a round rubber piece that moves effortlessly across the touchscreen devices making them. This pen-shaped instrument is used to navigate on a phone or tablet by placing it on the touchscreen surface.

Best Choice
Best Choice
Moto G Stylus
The Moto G Stylus is a good option for people on a tight budget, as it covers all the fundamentals well enough despite the low cost. It has a 6.4 inch display, famed by thin bezels all around, and there is a tiny hole punch camera for an overall modern look. In terms of durability is very solidly put together. One bright spot quite literally here is the brightness, which can go super high and makes it easy to see the screen well even under bright sunlight. The stylus is on the right side, it's quite small and thin, which makes it okay for writing down notes. 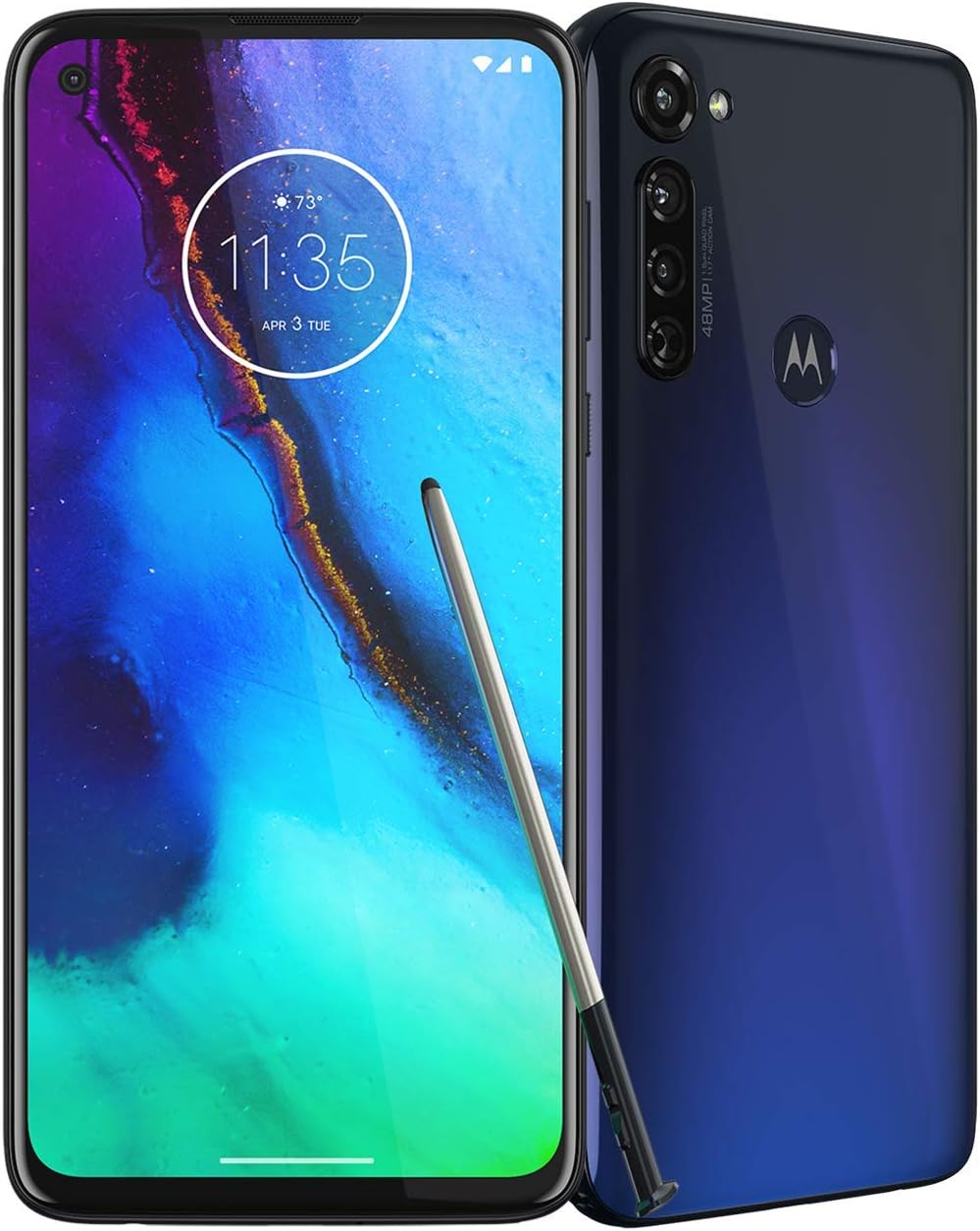 Buy Now
Best Price
LG Stylo 5
This phone was launched in the summer of 2019, and still remains a very popular device. The LG stylo 5 features a 6.2 inches display, coming in a 1080p with a 19 by 9 aspect ratio. This phone really does look good, and if you don't like notches then this is definitely a good option for you. It's a nice sleek looking phone and it's easy to hold in the hand, despite having such a large display. The stylus is definitely one of the biggest selling points of the LG Stylo 5. The stylus works really well and it's very reliable, but it's not as advanced as the stylus that comes with the Galaxy Note.

Buy Now
Premium Pick
Galaxy Note 10+
The design is gorgeous! This beast of a phone is practically bezel free, it has a tiny hole punch, and the glow color is the definition of “eye catching”. The phone is balanced quite nicely, which makes it feel much lighter than it actually is. On the top you will find a cart slot which supports external storage. The Galaxy Note 10+ features a 6.8 inches screen, with a QHD display that supports HDR 10+ and it has great colors. S pen includes new gestures for the camera, like taking a photo from far away and also you will have the option of an air gesture, which allows you to switch from one camera mode to another. You can also use the combine powers of the time-of-flight camera and the S pen to create art doodles. 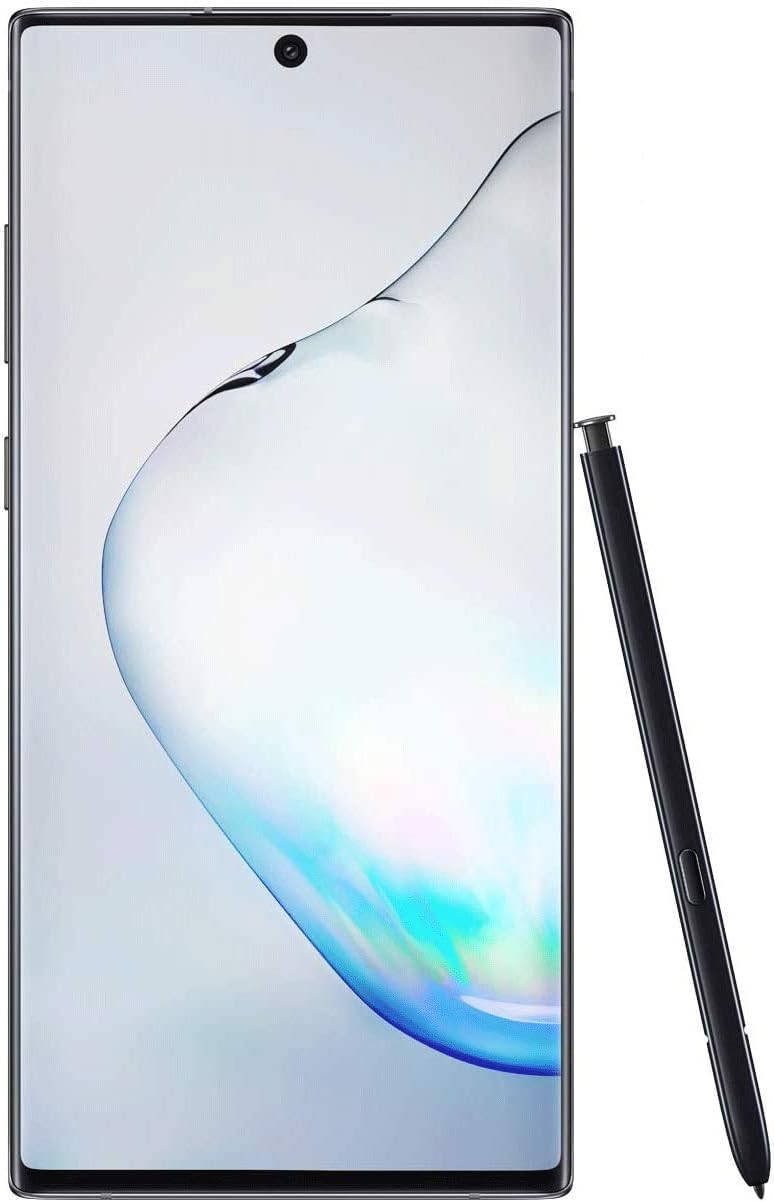 Do You Need a Smartphone with a Stylus?

Whether you need a Smartphone with a stylus or not, really depends on your everyday tasks. For example if your work is to write and you just don’t want to take your laptop everywhere, then this kind of smartphone comes very handy.

Maybe you are an artist who loves to paint. You get better control over brush strokes, sketches, and painting on your computer with artist apps on smartphones and tablets. Just try it, I will ensure that the results will be formidable.

Well to sum it up, smartphones with stylus are great for specific tasks and what’s even better about them is that this smartphone pen can easily hide inside the smartphone and you can use it as you like.

Advantages of having a stylus:

The Capacitive touchscreen consists of a glass panel with a capacitive charge storing material coated on the surface. Basically when you push on it, circuits located on the corner of the screen gases exactly where you are, which means it’s not as accurate as you might like.

The resistive basically is an overlay on the screen. There is a screen behind which has a positive charge, there is a spacer that is transparent and then there is a negatively charged piece of plastic or glass on top. When you push on it you are literally touching the two pieces together which means that you are closing the gap between the spacer and the back piece. That is how it figures it out where you are.

The digitizer is the glass panel and on the top of that you have a grid and it is transparent which means you can not see it but there are a lot of vertical and horizontal lines and an active stylus will pick it up.

Now that you are catched up with the necessary information about the types of the touchscreens i will explain the types of the styluses. So to sum it up we have to kind of styluses: Capacitive and Active.

Capacitive (also called detached) styluses imitate a finger by employing a tip made of elastic or conductive froth; or metal such as copper. They don’t have to be fueled and can be utilized on any multi-touch surface that a finger can be utilized, ordinarily capacitive screens that are common in shrewd phones and tablet computers.

Stylus tips made of elastic or froth are frequently huge so it’s troublesome to induce exact notes or drawings. Capacitive styluses work by misshaping the screen’s electrostatic field. Screens that get input from a capacitive stylus (as well as human fingers) can’t enroll weight connected by the pen, tilting of the write, and can’t recognize between a capacitive stylus, your finger, or a resting palm as input – it’ll enroll all of these touches as marks on the screen.

Capacitive styluses are made of a conductive fabric (ordinarily as a metal bar or barrel) to transmit electrical charge between your hand and a rubber/foam or metal tip such as copper.

In order for an active stylus to operate, its advanced component convention must match the digitizer innovation within the touch screen it is collaborating with. Active styluses are fueled by a detachable or chargeable battery, or work inactively by inductance. Active styluses utilize distinctive conventions by diverse producers in order to communicate with the digitizer of a realistic tablet or multi-touch gadget. The advanced convention of the writer must coordinate the gadget digitizer, something else input from the writer will not enroll on the gadget.

What to Consider When Buying a Smartphone with Stylus

Things to look for in an Active Stylus

Q. Are smartphones with stylus worth the try?

A:  Smartphones that come with a stylus are the same as any other smartphone but they have one thing in particular. Yes the stylus or you can call it even a smartphone pen. This phone pen can be used on particular tasks and when you no longer need it, you can put it inside your phone.

Q. Is the pen stylus compatible with every smartphone?

A: The capacitive/active stylus pen can be used on every touchscreen that works with your fingers.

Q. Can I use a stylus pen on a non-touchscreen laptop?

A: The pen empowers touch input on Windows 8 laptops that don’t have touchscreens. The users must clip a little collector to the side of the portable workstation, at that point perform a one-time calibration to tell the gadget where the edges of the screen are found. After that, the smartphone pen can be utilized like a finger for tapping, looking over or drawing on the screen.

If you love to paint, write messages or articles in the most comfortable and precise way then I recommend buying yourself a smartphone with stylus. If you have a tablet that doesn’t have a stylus, don’t worry, you can buy a stylus pen that fits your needs best!

Best Surface Pro 4 Cases: The best for your TAB!

Daily driven cars sometimes get left behind in terms of exterior and that will...
Read more

How To Get Rid Of Car Smoke Smell

Riding a car with car smoke smell can make your driving experience not the...
Read more

How To Change Oil Filter Step By Step | How To’s

Changing the oil is an interval maintenance service you make on your car based...
Read more

A typical question that is very common when buying a security system for your...
Read more

Best Samsung Galaxy A01 Cases: Made For Protection And Style!

Best iPhone 12 Wallet Cases: The Most Useful Piece Of Accessory For Your iPhone

Think about carrying all of your most important cards and have the ease of...
Read more

Newspaper WordPress Theme is your news, entertainment, music fashion website. We provide you with the latest breaking news and videos straight from the entertainment industry.